Former Southampton striker, Charlie Austin has let rip on Twitter with the now West Brom centre-forward directing his foul-mouthed tirade at supporters of his former club.

What started as a conversation about the dangers of social media, rapidly descended into a war of words, to the point where Austin started to use the most foul swear words in order to get a point across.

MORE: Video: Danny Ings makes up for earlier howler with superb finish for Southampton vs Burnley 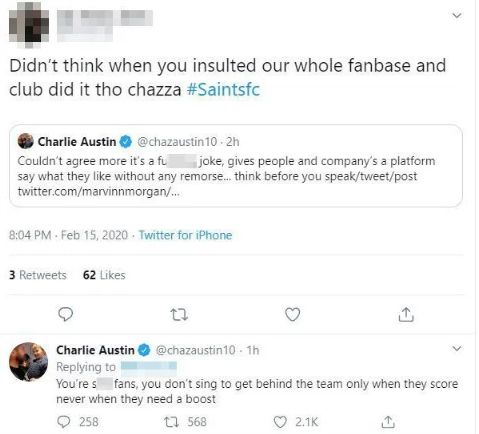 Naturally, that didn’t sit well with many of those reading the tweets, and some fired their venom straight back.

With 18 months left of his current two-year contract, it’s an unsavoury spat for Austin to get into, and it’s unlikely to have been appreciated by his manager, Slaven Bilic. 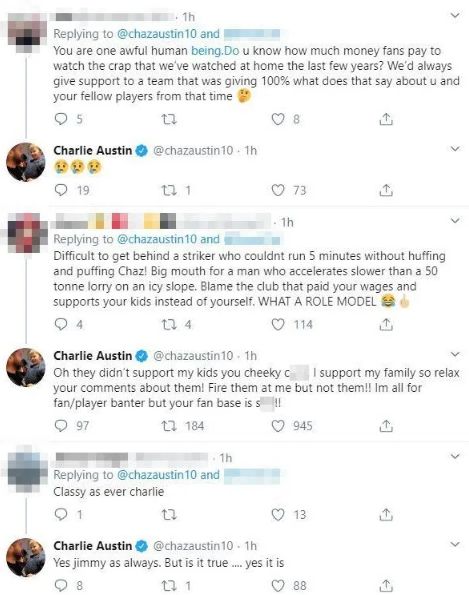 Today’s professional footballers seem to get involved with this kind of nonsense far too easily, and it doesn’t help their reputations as role models for the next generation of players.

It’s unclear at this stage whether West Brom will fine the player for his actions, but the fact that Austin has already deleted the tweets suggests that he knew that his behaviour had fallen below acceptable standards.