Arsenal striker Alexandre Lacazette has posed with Mesut Ozil in an Instagram post hitting back at his haters.

We’re not precisely sure who the Frenchman means here, but it’s fair to say he’s probably had plenty of critics from his own fans, as well as from the press and from pundits. 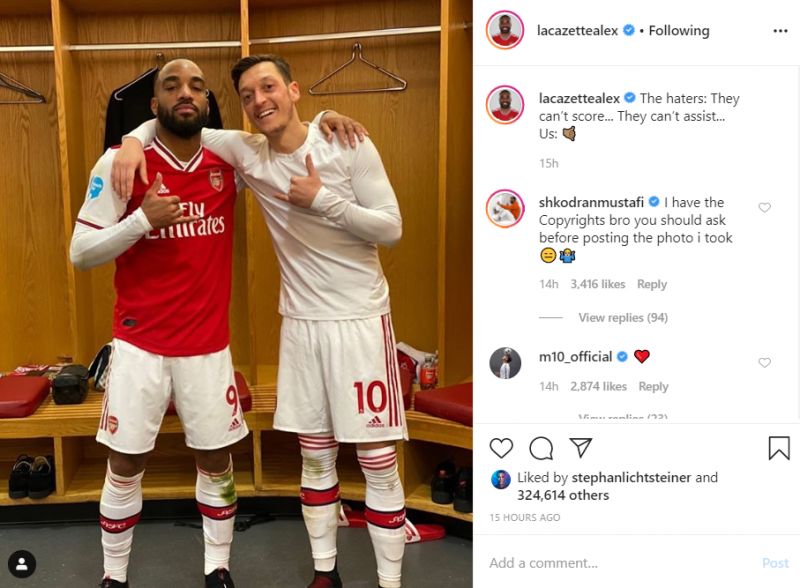 It’s not been the most convincing campaign for Lacazette, but he came off the bench to score in the 4-0 win over Newcastle United on Sunday.

The Gunners in general put in a much-improved display, with Ozil perhaps someone else likely to be relishing the opportunity to hit back at his critics.