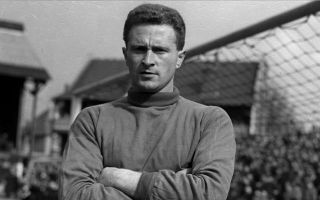 Manchester United legend Harry Gregg breathed his last at the age of 87 in Coleraine, Northern Ireland.

As quoted by BBC, a statement released by Harry Gregg Foundation read: “Harry passed away peacefully in hospital surrounded by his loving family. The Gregg family would like to thank the medical staff at Causeway Hospital for their wonderful dedication to Harry over his last few weeks. To everyone who has called, visited or sent well wishes we thank you for the love and respect shown to Harry and the family. Details of his funeral arrangement will be issued in the next few days. We would ask that the privacy of the family is respected at this difficult time. Never to be forgotten!”

Gregg started his career at Doncaster Rovers in 1952 and spent five years there before signing for Manchester United for a fee of £23000 which was a record for a goalkeeper back then. Just a few months after he joined the Red Devils, the Munich disaster took place. However, Gregg not only managed to survive but also pulled out some people from the burning plane, an action which earned him the nickname “The Hero of Munich”.

Four months after that crash, the goalie represented Northern Ireland in the 1958 FIFA World Cup in Sweden, the nation’s first appearances in the competition. Gregg helped his team reach the quarterfinals of the tournament ahead of Argentina and Czechoslovakia. Northern Ireland were eventually thrashed 4-0 by eventual bronze medallists France in the last eight. However, Gregg was adjudged the best goalkeeper of the competition and was named in the Team of the Tournament.

He went on to make more than 200 appearances for Manchester United and 25 for Northern Ireland. Gregg will always remain a beloved figure for the Red Devils and his national team.