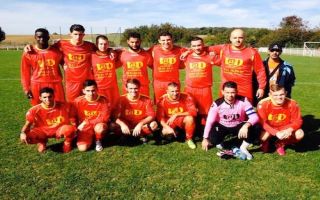 You’ll often hear pundits and fans bemoan players when “scuffles” are really just handbags and the occasional slap being thrown, but I think we can all agree that this has gone too far.

The fact that a regional French clash between Terville and Soetrich has made the news means you know something remarkable has happened, but this is one of the most horrific things you’ll hear about.

As reported by Sportbible, a scuffle between the sides broke out, some players tried to step in as peacemakers and it ended up with someone being bitten on the penis.

The victim was left needing 10 stitches and had to take some time off work, so it really was a brutal injury.

As expected, there were some hefty bans handed out. The player who did the biting has been banned for five years while the poor guy who has his old chap bitten was also given a six month ban for his part in the brawl.

There all also suggestions that this took part in the car park after the game, but you know the guy who did the biting probably has a new nickname after all of this.