There may be plenty of fans taking glee in the fact that Liverpool have finally lost a game, while the club’s own supporters may be alarmed to learn they aren’t invincible, but a 1-0 loss in the away leg of a Champions League tie is never a disaster.

The Liverpool fans may not want to admit it, but it’s incredibly likely that they will hit their stride in the return leg and use their home advantage to dispatch Diego Simeone and his team from the competition.

READ MORE: Tensions rise at Barcelona as star player hits out at journalist for backing the board after crunch meeting

You can often argue if a stat is relevant or not, but this one is pretty incredible and it shows the size of the task that Jurgen Klopp and his men face:

Simeone has never lost a CL KO tie to a squad that doesn’t have Cristiano Ronaldo. Huge test for Klopp and Liverpool upcoming.

If you look back over his reign, Simeone lost two finals to Ronaldo and Real Madrid, while also suffering two other exits against them earlier in the competition. They have gone out in the group stages at times, but it’s only Ronaldo who can stop them after then.

When he finally left Spain they might have felt they had a chance to finally break that duck, but he simply went to Juventus and they knocked Atleti out after a great comeback in the second leg. 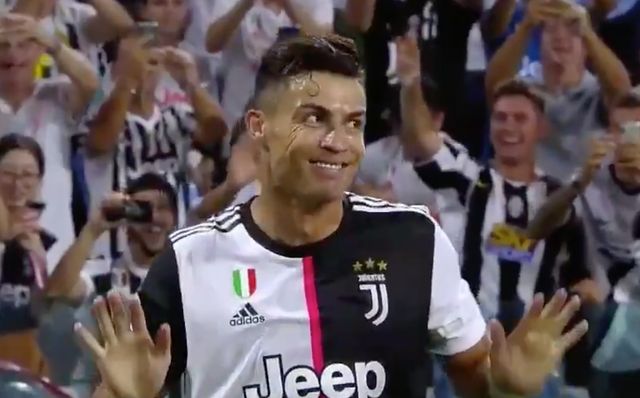 Obviously there is no way that Liverpool can sign Ronaldo ahead of the next leg, so they will need to make a small piece of history if they want to advance.