It’s really starting to feel like something is wrong at Barcelona, as the power struggle between the board and their top players becomes more apparent.

Even if they do manage to have a successful season, you have to think that the situation isn’t sustainable, so it could result in key figures of the board having to leave, or star players may have to make way for those who will toe the company line.

READ MORE: Arsenal look to give former favourite a farewell match after incredible return from injury

The Guardian reported on a very public spat between Lionel Messi and Sporting Director Eric Abidal, while it now looks like Gerard Pique is the latest to have a pop.

Alfredo Martinez tweeted that there was a meeting between the President and the “captains”, but it’s not managed to clear the air and there’s still an obvious problem there:

Interestingly that Tweet references another comment from a Spanish journalist, who made claims that many at Barcelona are becoming less foolish and they can see through attempts from players or anyone else who just want to use the club to further their own image or business interests.

Gerard Pique then directly hit out at him with a one-word tweet that simply said “puppet”. 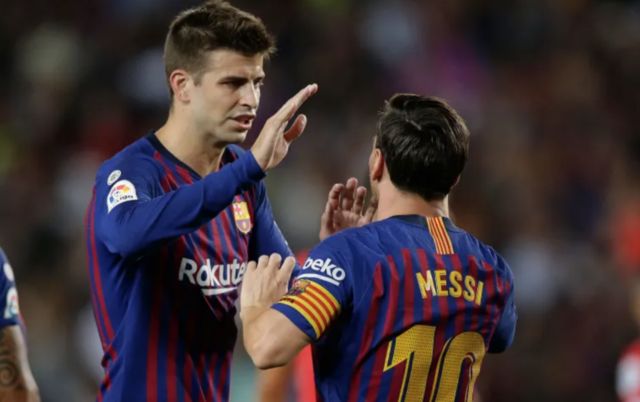 It shows that there’s clearly a lot of tension at the club, but you do have to wonder if Pique needs to be careful. He’s just turned 33 and is approaching the end of his career, so if there was any time for the board to decide to move on from him then this could be it.

You could also argue that’s exactly what he wants to happen, but something needs to be done.