It’s incredible how just one different letter can cause a message to take on a quite different meaning.

The Celtic fans do have a reputation for being noisy and travelling in big numbers, as seen with their trip to play Copenhagen in Denmark this week.

They looked set to take a lead back to Glasgow before a terrible second half saw them luckily hold on to a 1-1 draw, but at least we have some good news in terms of the fan behaviour.

The Danish Police even wanted to express their thanks for how they carried themselves, but one wrong letter meant there was a very different meaning to the message: 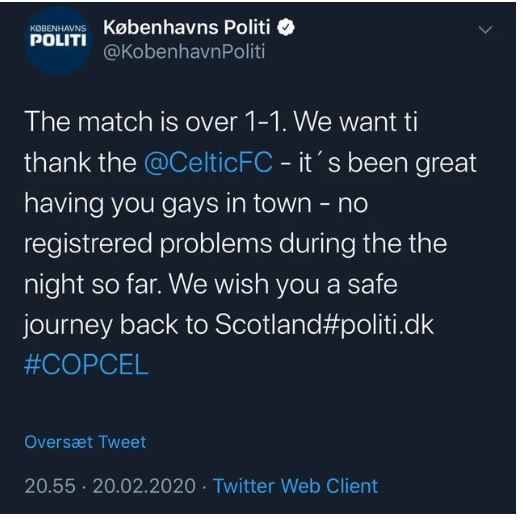 It’s also worth noting that u and a are very far apart on the keyboard so it’s possible that auto correct has taken over here.

The fans should feel confident about getting through the tie based on the first leg, but it’s also worth pointing out that the Tweet has since been updated to take the typo away.