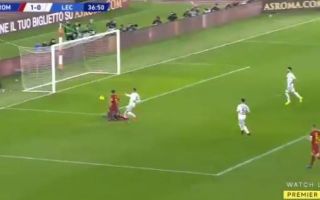 Injuries have prevented Henrikh Mkhitaryan from becoming a permanent feature from Roma this season, but he’s starting to regain his fitness and find his scoring touch again.

It’s not clear if Mikel Arteta’s arrival at Arsenal could offer him a fresh chance at The Emirates for next season, but he’s showing what he can do and he scored this goal for Roma this evening:

? What a first half from Henrikh Mkhitaryan!

? He adds a goal to his assist, and Roma are in control against Lecce pic.twitter.com/zNO0vjgXhu

He produced a fantastic assist earlier on in the game with this brilliantly timed pass, so it looks like he’s back to his best:

? A great assist from Mkhitaryan, and a cool finish from Cengiz Ünder pic.twitter.com/U60MlFylYu

The BBC reported that there wasn’t an obligation to buy included in the deal that took him to Italy, so it will be interesting to see where he ends up next season.

READ MORE: Video: Watch as quickfire double from Nketiah and Aubameyang puts Arsenal 2-1 up against Everton