RB Leipzig striker Timo Werner is deliberately flirting with Liverpool in his media appearances at the moment, according to respected journalist and German football expert Jan Aage Fjortoft.

The Germany international is enjoying a superb season in the Bundesliga and the Champions League, looking a player who could really shine at a more established European giant.

It remains to be seen what precisely will happen with Werner this summer, but Fjortoft has previously talked up the likelihood of the player moving to Anfield in an interview with Empire of the Kop. 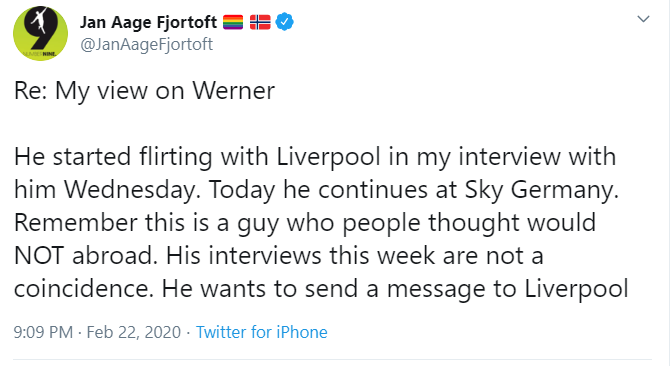 Taking to Twitter, the Norwegian pundit has analysed Werner’s apparent transfer signals in recent interviews, and he believes this is a deliberate flirtation with LFC.

Fjortoft also says Liverpool have some interest in Jadon Sancho, though the Borussia Dortmund and England winger could be a far more expensive target. 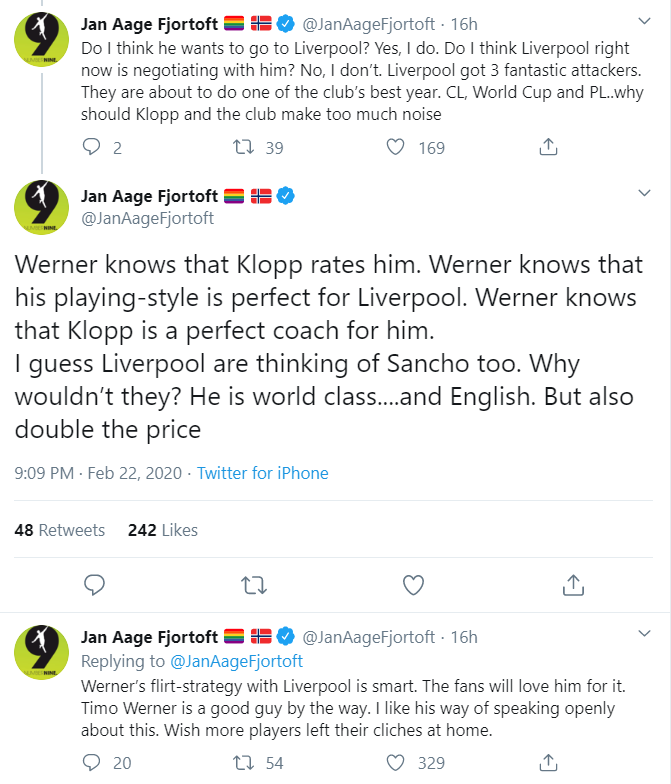 If the Reds could land one of these two top attacking players in the summer, it could set them up as a force at the highest level for years to come.