A weekend without Liverpool in action means the latest edition of the Premier League team of the week can perhaps be a bit more varied than it’s usually been this season!

The Reds take on West Ham tonight as they chase a record-equalling 18th league win in a row, and it’s hard to see how they won’t end up getting there.

MORE: Real Madrid ace banned from Barcelona clash after being sent off for the B team

Still, this weekend was all about the rest of the league for a change, with Arsenal, Manchester United and Chelsea among those to enjoy some morale-boosting victories.

Red Devils players dominate this line up after their comfortable win over Watford, while there was also room for Arsenal striker Pierre-Emerick Aubameyang and Chelsea’s forgotten man Olivier Giroud following their goals against Everton and Tottenham, respectively.

Also featured is Manchester City goalkeeper Ederson, plus players from Wolves, Brighton, Burnley and Southampton in a strong line up from BBC Sport pundit Garth Crooks… 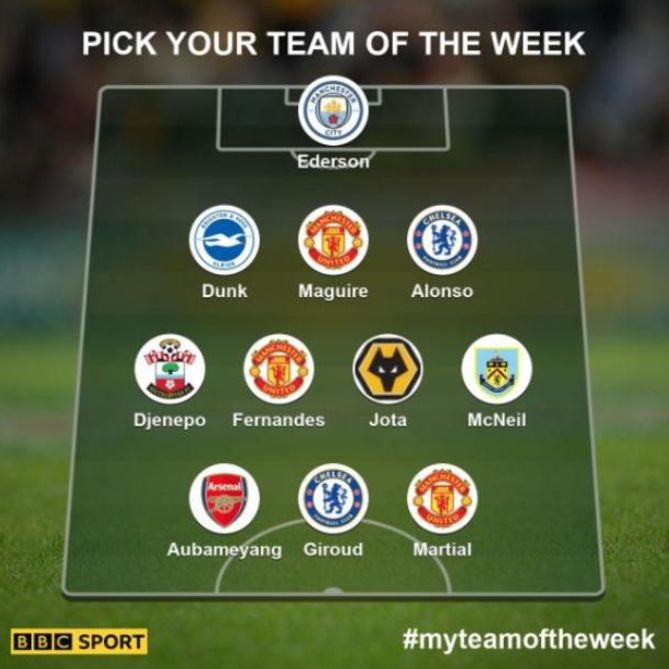