It was expected that RB Leipzig would face a battle to hold on to Timo Werner after a sensational season, but it appears they might struggle to hold on to some of their other stars too.

Emil Forsberg will be the closest thing the club has to a long serving player, after he joined them in 2014 when they were still in the second tier.

He’s a classy forward who looks at his best when he’s allowed to drift from the number 10 role. He’s more of a creative type and isn’t the quickest, but he certainly has the quality to shine in England.

The Express have reported that there is Premier League interest, but Jose Mourinho may have to fight off interest from Man United if he wants to take the Swedish star to Tottenham.

It sounds like Mourinho was impressed with him after their loss to Leipzig in the Champions league last week, so seeing him first hand might have convinced him to make a move in the Summer. 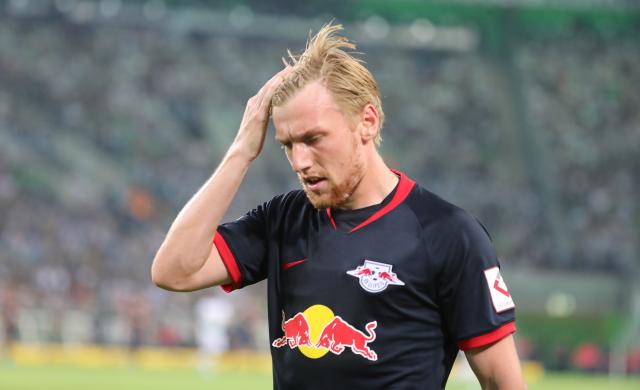 Where will Forsberg end up?

The report also states that Forsberg’s agent didn’t deny any interest from Spurs, so there could be something to this.

There’s no amounts mentioned at this point, so it will be interesting to see if he does move in the Summer.