The humbling defeat against Bayern Munich has demonstrated that Chelsea need to make some additions if they want to be competitive at a higher level, so it will be interesting to see how they go about that.

Frank Lampard has built a promising young team so it might make sense to bring in some established veterans to give the team a boost, but it’s hard to determine what represents value in this market.

Karim Benzema has somehow gone under the radar despite having a fantastic season for Real Madrid, so he’s clearly still got a lot to offer at the highest level.

He’s managed 13 goals and 6 assists in only 24 league games, but it’s his ability to lead the line and bring everyone else into play that makes him so valuable.

The problem is that he’s now 32, so a claim from Donbalon that says Chelsea are ready to pay €70m to sign him doesn’t make sense. 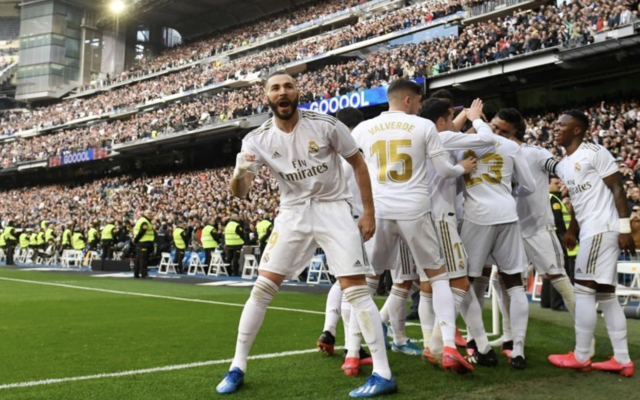 Benzema has been incredible this season

They do try to justify it in saying Chelsea feel he has three more years left at the highest level so they would still get a lot out of him, but he would have virtually no sell on value so it seems unlikely.

It does look like Olivier Giroud will be off in the Summer and Chelsea will need attacking reinforcements – while Benzema would bring some quality, it wouldn’t make sense to pay so much for him.