With the news breaking that the Premier League is planning to launch its own hall of fame, attention will immediately go to who deserves a spot in there.

There’s been so many great players over the years and fans of every club will feel some of their former heroes deserve to be included. It’s tough to break it down, but here’s a look at ten who most deserve to make it in…

Consistently brilliant, classy and fantastic to watch, there’s no doubt that Henry will be one of the first names in here. His stats were ridiculous over his eight seasons where he managed 174 goals in 254 games, but there was so much more to his game. He always seemed to come up with wonder goals, but there was nothing more pleasing to watch than his trademark falling away as he side footed the ball past a keeper when through on goal.

There will always be that “what if” with Shearer and that potential move to Old Trafford, but it’s always easy to forget he was part of the Blackburn team that won the league. 260 Premier League goals is just ridiculous, and to achieve most of that with his home town team will always be special. It’s a shame that he didn’t manage to win anything with Newcastle, but he still had a legendary career.

Box office on and off the pitch. From scoring incredible goals to kung-fu kicking unpleasant characters off it, he was always worth watching. There will always be the feeling that he retired too soon, he only had five seasons at Old Trafford but that was still enough to see him go down in history. United won the league four times in his spell there so you can see how important he was to the team, and there are so many great goals to remember too.

He will always have his critics for not winning the Premier League and possibly trying to be the hero to the cost of the team, but no one should be questioning his ability. He was able to do everything in the midfield and he showed many different parts of his game – from being a deadly goalscorer playing behind Fernando Torres to dropping deeper at the end of his career, he really could do everything. It’s ironic that Liverpool have gone on to be one of the best teams in the country after he left, but his ability and mark at the club will always be remembered.

The Argentine somehow seems to be underrated at City, but his impact and contribution is incredible. 180 goals in 260 games is astonishing but he’s also produced at the biggest moments. He’s had his problems with injuries but even when he could only manage 23 games in 2013/14 he still managed 17 goals, so his ability to bounce back deserves recognition. He will already go down as a Man city legend, but if he can fire them to Champions League glory this season in the face of the European Ban then he could go down as the greatest ever.

This will mainly be for his contributions to Chelsea, where he became a vital part of their most successful teams. He made the move from West Ham before Roman Abramovich and his millions turned up, but he was able to show he belonged in a team full of superstars. A loose ball at the edge of the box was as good as a penalty when he was around and 147 goals for a midfielder is just incredible. He also won every competition worth having domestically and in Europe too.

It would be easy to just fill this list with United players, but Scholes was just outstanding for so long and managed to steer clear of any huge scandals during his career too. Part of his charm was he just didn’t look like a superstar footballer, but his vision and touch allowed him to get over any physical deficiencies, while he also produced some incredible thumping efforts from distance too. His legend only grew when he was brought out of retirement to help United win the league in 2013, while he was also admired by some of the biggest names in football too.

While Arsene Wenger and Thierry Henry will take most of the plaudits for Arsenal’s success, you can’t forget the classy yet powerful man who drove everything from the midfield. A truly solid all round player who led by example, he also had the trademark ability to just glide forward and slot the ball into the net at big moments. He will also be remembered for his legendary battles with Roy Keane  (more on him in a minute) which were iconic. His presence at Man City also helped to guide them to FA Cup glory.

Terrifying, leadership, courage and sheer determination will usually be attributed to Roy Keane’s success, but it’s easy to forget he was a cracking player too. A seven time league winner and iconic figure in the United midfield, he caused plenty of controversy and may have rubbed many teammates up the wrong way, but his desire to win was never in doubt. There’s also the added bonus that his scuffles in the tunnel with Vieira were more exciting than the game sometimes and his work as a pundit is also enjoyable, so he’s fully earned his place on the list.

He may not be the most likeable player on the list, but you can’t deny how good he was or what he achieved with Chelsea. He made almost 500 league appearances for Chelsea in his time which included five league titles. He’s best known for his outstanding defensive ability and being the rock at the heart of many great Chelsea teams, but he also came up with some big goals at times. Off the pitch he won’t be winning any human of the year awards, but what a player. 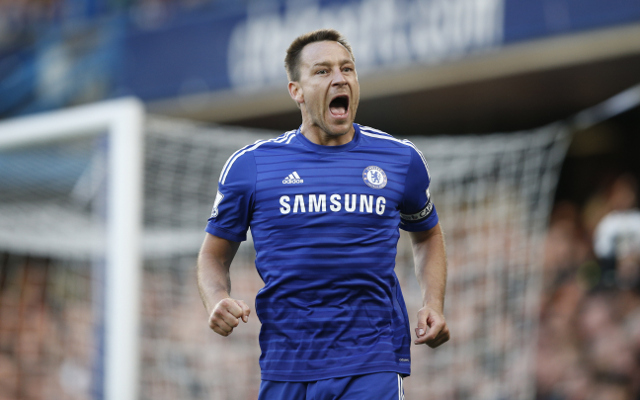 There are so many players who enjoyed long careers and will go down in history with their clubs for many different reasons, but the Hall of Fame should be for the best of the best.

Despite that, you could always make a case for Jay-Jay Okocha and his imagination and skills, Morten Gamst Perdersen and his left foot, Richard Dunne and his own-goal record and Paolo di Canio and his kindness to the match officials. 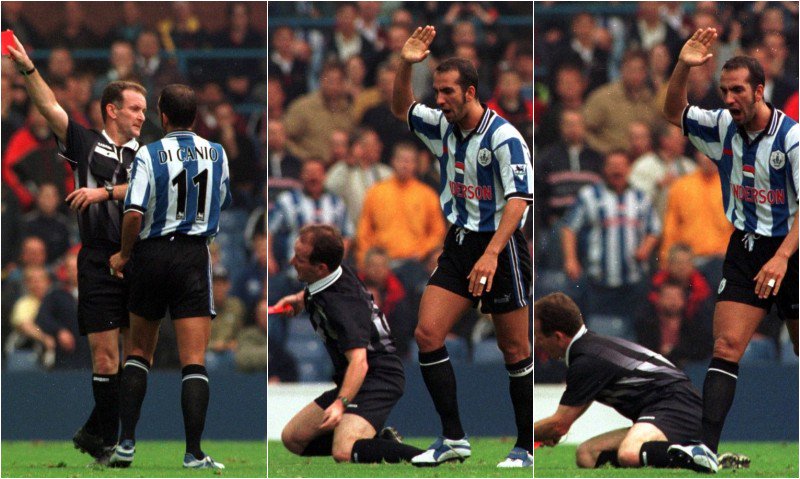 There are also great players like David Beckham, Ryan Giggs, Wayne Rooney, Ashley Cole, Dennis Bergkamp, Robert Pires, Tony Adams, Sol Campbell, Didier Drogba, Jamie Carragher, Ledley King, David Seaman, Yaya Toure and so many more who could deserve a place, so it will be interesting to see who goes in first.