Arsenal legend Ian Wright is not a happy man right now, and his Twitter feed paints a heartbreaking picture of how the former Gunners striker went from joy to despair in just a matter of minutes.

Whatever your club affiliation, it’s hard not to love Wright – a passionate and bubbly character who genuinely loves his former club.

So it’s sad to see how quickly it all went downhill for him tonight as Arsenal looked to have scraped through against Olympiacos in their Europa League clash at the Emirates Stadium, only to concede an even later goal after Pierre-Emerick Aubameyang’s superb strike. 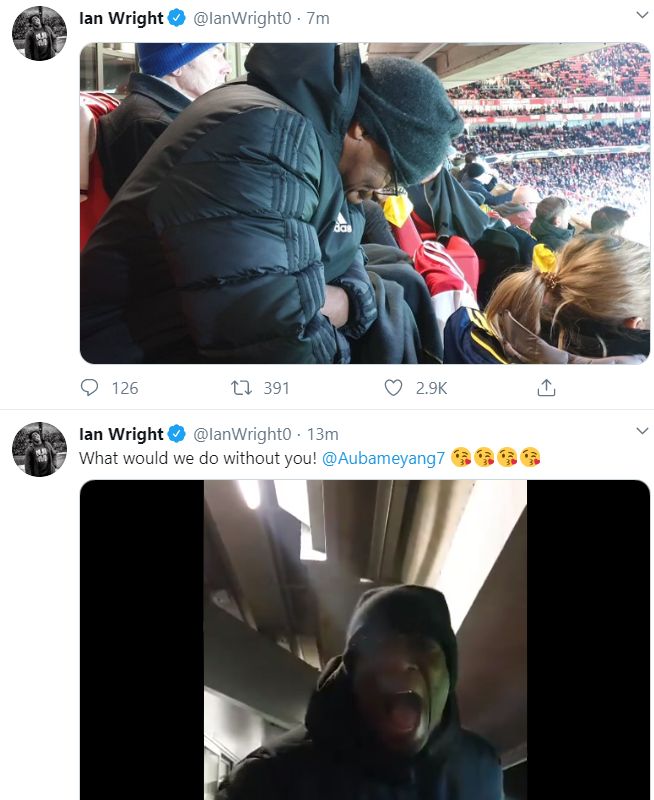 Wright can be seen wildly celebrating the Aubameyang goal, and is then pictured in the same position a few minutes later looking absolutely gutted.

This is a huge, huge blow to Arsenal in their bid for Champions League football next season, with a top four spot looking a lot more ambitious than winning this competition might have been.

Video: Claudio Ranieri responds to his Watford side being ripped apart by Liverpool’s Mohamed Salah
Video: Klopp explains why Salah has become the best in the world but praises another unsung Liverpool hero too
“It says everything” – Solskjaer sums up his dismay with Man Utd’s performance vs Leicester

AFC reached the Europa League final last year, losing 4-1 to Chelsea, but their recent form under Mikel Arteta suggested they could go one step further in the competition this term.