There’s no doubt that Erling Haaland has been the breakthrough superstar in football this year, and there was so much speculation over his future until he joined Borussia Dortmund in January.

He’s instantly stepped up with an incredible record of nine Bundesliga goals in only 395 minutes of action.

He looks like a ready made star for the elite level, but many may have though that moving to Germany in January would repel any transfer speculation for at least a year or so.

In reality it’s only taken until the end of February before the Real Madrid rumours have started, and it sounds like there could be something to this.

According to a report from Marca, they have already made contact about signing him in the Summer, and it’s believed he has a release clause of £75m which will only be valid until 2021.

That amount sounds very reasonable in the current market for a player with so much promise, so you have to think Haaland and his agent insisted on that as part of moving to Germany. 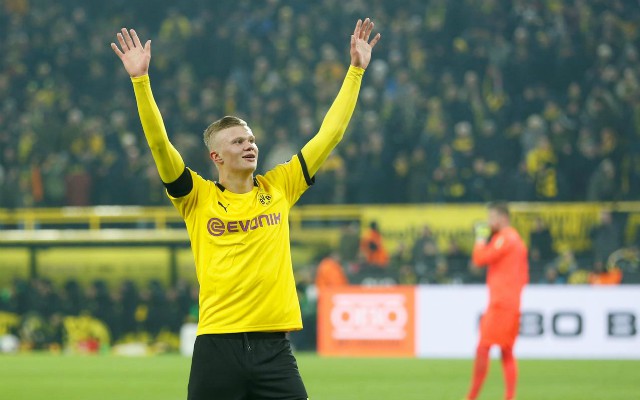 Haaland in action for Dortmund

A lot could change at Real between now and the end of the season, it’s possible that they will go out to Man City in the Champions League while the race for La Liga is very much in the balance.

A season without silverware could prompt some big spending as they try to become a top team again, and it sounds like Haaland could be the first part in that.