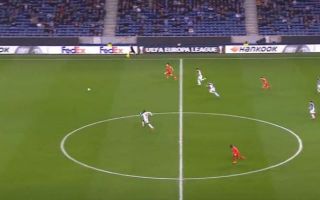 There’s been plenty of speculation about Liverpool signing a forward player in the Summer, so you have to think that at least one new player will arrive.

HITC were the latest to link them with a move for Kai Havertz of Bayer Leverkusen, and it seems that his price tag will be too big for Bayern Munich to compete with.

He showed his class tonight as this goal will surely clinch the victory for Leverkusen away to Porto:

Leverkusen are heading into the L16!

There’s a big slice of luck in the build up with the way the ball breaks back to him, but he just looks so assured when slipping his teammate in and then with the finish.

He was also credited with assists for the two other goals so far for Leverkusen, so he certainly looks like an intriguing prospect.