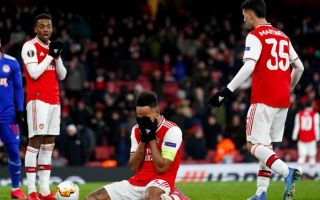 The Gunners’ hopes of qualifying for next season’s Champions League took a massive hit as they were eliminated from the Europa League following a 1-2 defeat at the hands of Olympiacos.

The Greek side scored the only goal during ninety minutes after Pape Cisse headed in from a corner. Both teams were tied 1-1 on aggregate with an away goal each so the match went into extra time. A fine goal from Pierre-Emerick Aubameyang put Arsenal 2-1 ahead before a late, late strike from Youssef El-Arabi saw Olympiacos advance on away goals.

Keown slammed the Gunners after the match, calling their performance unprofessional. As quoted by Metro, the Arsenal legend told BT Sport: “This is a game that was there for the taking. They were complacent in their performance, is it the attitude? Is it the quality of the players? It was so disappointing. It was the first time tonight I felt that the players weren’t responding to the manager and the manager didn’t have the answers.

“It was very static, Lacazette was almost a passenger, [Gabriel] Martinelli came on and did exceptionally well. Why wasn’t he on earlier in the match? They left it too late. I just feel it was an unprofessional performance, and Arteta will be looking at it now thinking ‘where do I go from here.”

Arsenal’s unbeaten run in 2020 came to an end and in pretty disappointing fashion as this was a much the Gunners could’ve won.

Arteta’s side’s chances of making it to the Champions League are very slim now as it’ll be a daunting task to make the top four of the Premier League.

Arsenal’s next fixture is their FA Cup fifth round encounter against Portsmouth.