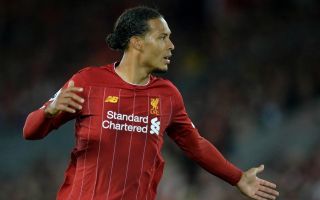 Liverpool defender Virgil van Dijk feels that his side will bounce back after losing to Watford yesterday.

Two goals from Ismaila Sarr and one from Troy Deeney saw the Hornets hand Jurgen Klopp’s side their first Premier League defeat of the season, thus putting an end to their 44-match unbeaten run. The win saw Watford climb up to 17th in the table and goal difference sees them above the relegation zone for now.

Van Dijk expressed his disappointment at the defeat and said that Liverpool will ‘strike back’ immediately. Speaking to the club’s official website, the Dutch international said: “Losing hurts. The records are only for the media, we didn’t even mention it once. We keep going, we want to win the next game ahead of us, that’s the FA Cup, and then we have Bournemouth at home. We want to strike back, we want to show what we’ve been doing the whole season. That’s the only way forward.”

Liverpool were pretty dismal against Watford yesterday and produced a performance which surely doesn’t befits such a good group of players. However, we can expect to see them bounce back in the forthcoming fixtures. Liverpool take on Chelsea on Tuesday before locking horns with Bournemouth at Anfield next weekend. After this, they have the all-important second leg against Atletico Madrid at home.