David de Gea used to be almost unanimously regarded as the best goalkeeper in the world, Manchester United’s most important player, and one of the stars of the Premier League as a whole.

Now, however, he is showing serious signs of decline after another horrific error in today’s game against Everton at Goodison Park.

The Spanish shot-stopper had all the time in the world to clear the ball, but ended up just kicking it straight into Everton forward Dominic Calvert-Lewin, with the ball bouncing off him into the back of the net.

That puts De Gea up to seven errors leading directly to an opposition goal since the start of last season, according to Opta in the tweet below… 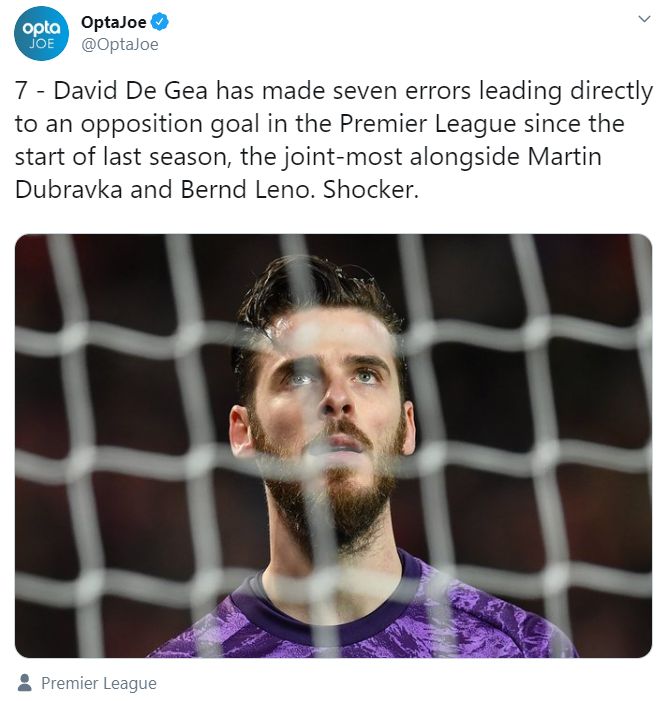 This is absolutely horrendous from a key player at a big club, and United now have to think very carefully about whether they go into next season with the former Atletico Madrid man as their number one.

De Gea has Dean Henderson breathing down his neck after some impressive form on loan at Sheffield United, and he currently looks the better option to be the Red Devils’ first choice.

Still, given De Gea’s immense contributions to MUFC down the years, this would not be an easy call for any manager to make, and there could be a significant backlash if it backfires.