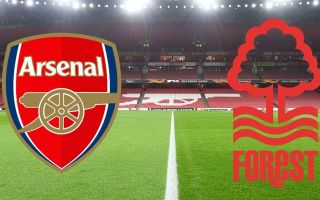 Liverpool losing to Watford yesterday meant brought an end to their unbeaten run in the Premier League, something which is bound to be a relief for Arsenal and their fans.

A brace from Ismaila Sarr and a goal from Troy Deeney saw the Hornets register a surprising victory over Jurgen Klopp’s side, their joint-highest win against them.

After the match, the Arsenal’s Twitter account tweeted: “Phew” which suggests that they were relieved that Liverpool’s unbeaten streak in the league came to an end. However, Nottingham Forest didn’t leave the opportunity to troll Arsenal over the fact that they haven’t won a Champions League yet.

The two-time winners of the competition (back when it was called the European Cup), retweeted the Gunners’ post with a pretty sarcastic caption: “Any European Cups in that record”.

As a matter of fact, before Arsenal had their 49-match unbeaten run in the Premier League, Forest had the record for the most number of matches without a defeat in England’s top flight at 42, a feat they attained during the late 70s under their legendary manager Brian Clough.

This tweet from the Championship club might suggest that they are still more or less upset over their record being surpassed by the Gunners.

Nevertheless, Arsenal still are the only club who have gone unbeaten for an entire season in the Premier League era. Having been unable to emulate that feat this season, Liverpool would try their best to do that next season.