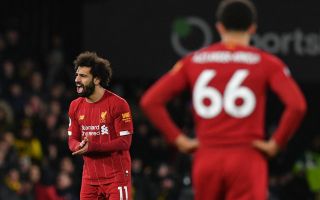 That flurry of small gold trophies you’re seeing on your timelines can mean only one thing – Arsenal’s unique achievement of a season (and 49 consecutive English top flight games) unbeaten remains intact for another year.

Liverpool lost 3-0 to Watford on Saturday to pick up their first defeat of the 2019/20 Premier League campaign, with their long unbeaten run ending at 44 games – the second highest ever in English football, but still five short of Arsenal’s all-time record.

Debate all you like about how big an achievement an unbeaten season actually is, but the fact that it’s only ever been done twice in over 100 years of English football (and only once over 38 games, with the other being by Preston in just a 22-game season) suggests that it’s not actually as easy as your Manchester United-supporting-but-not-actually-old-enough-to-remember-the-treble mates insist it is.

Liverpool fans will, of course, be focusing solely on ending their 30-year wait for the league title, but they’d be lying if they didn’t say going the season unbeaten or perhaps breaking Arsenal’s run of 49 games wouldn’t have been a nice little bonus.

For those of you who do like your title victories with a little added spruce, here are six records Jurgen Klopp’s side could still break between now and the end of the season…

Let’s not forget Liverpool have won an incredible 26 out of 28 games so far this season. Their win tally is already equal to the Arsenal Invincibles, even if they do have an irritating little ‘1’ in the ‘L’ column in the table.

Still, that gives LFC plenty of time to break the Premier League record for most victories in a single campaign. Manchester City currently hold the record for 32 wins, set in both 2017/18 and 2018/19.

At the time of writing, Liverpool have ten games left in which to match or beat that record, and it looks a pretty realistic aim, to be honest. 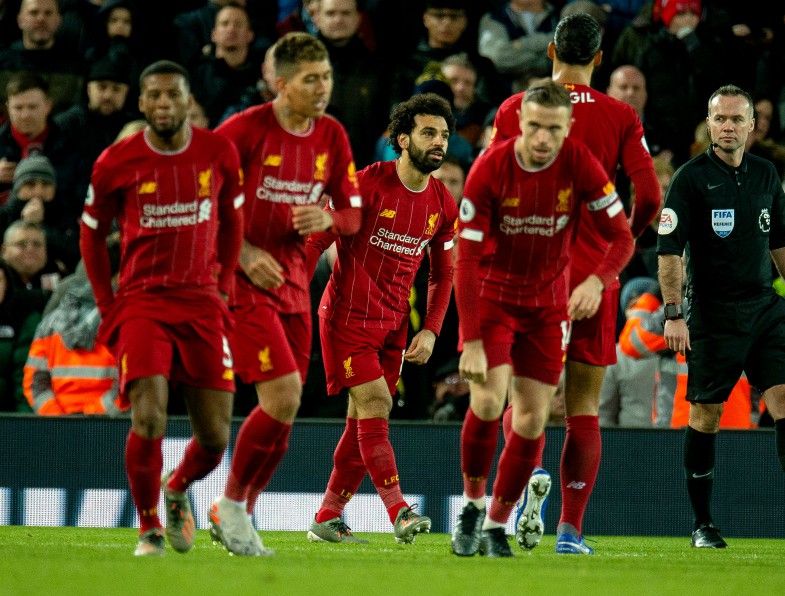 Liverpool will not be going the entire Premier League season unbeaten

Liverpool’s only dropped points this season have come away from home, against Watford yesterday and against Manchester United in their 1-1 draw earlier in the campaign.

As a result, another pretty incredible record is still up for grabs for the Reds as they’ve won all their home games so far, and they’re just five away from becoming the first side to win all 19 of their home matches in a single season, with Manchester United, Chelsea and City all previously managing 18.

Liverpool are currently on 12 wins from 14 on their travels, and if they win all five of their remaining away games they’ll beat City’s record.

Arsene Wenger having coffee with all the other Invincible managers… pic.twitter.com/xr2f3QprO7

City, again, are the holders of this record for the moment, with their memorable 100-point haul from the 2017/18 season.

Liverpool could, however, smash that if they play as they have done for so much of this season, with a final tally of 109 points still theoretically up for grabs for Klopp’s men. Just 22 more points from an available 30 will see them finish on a new record of 101 points.

Yet again, City’s 2017/18 team hold the record here with a winning margin of 19 points when they won the title two years ago.

Liverpool are currently 22 points ahead of MCFC, though Guardiola’s side have a game in hand, but this is another record that’s very much still to play for this season.

Two teams share this record, with Manchester United in 2000/01 and, yes, City in 2017/18 both winning the league with five games to spare, though the Red Devils managed it a day earlier if we’re going by the calendar as well as the league schedule.

Either way, Liverpool can still break that record by winning this season’s title with six games to spare. 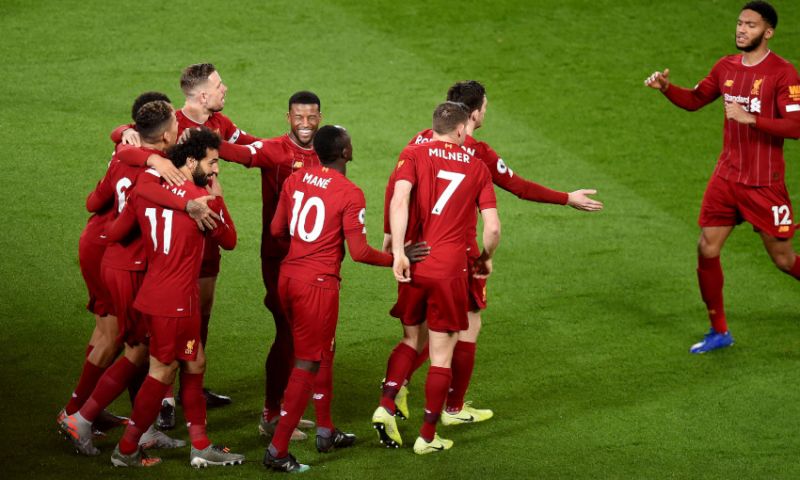 Liverpool could still be set to make Premier League history