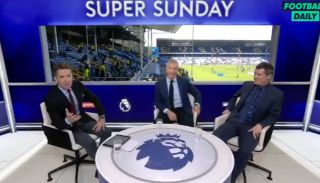 It’s another day of Premier League football, which means another day of pundit Graeme Souness having a go at Manchester United midfielder Paul Pogba for no particular reason.

The France international has not had the best of times as a United player, but his latest crimes seem to be shooting hoops or dancing at a wedding taking place only in Souness’ brain.

"Paul Pogba. I see him dancing at a wedding. I see him shooting hoops." ??

Even Sky Sports host David Jones called Souness out on his weird obsession with Pogba, saying he can’t just criticise him every week, even when he’s not playing.

Pogba hasn’t played much for Man Utd lately, but for fans wondering where he is, it’s clear he’s living rent-free in Souness’ head.