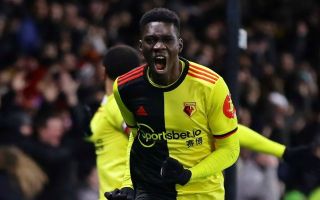 A brace from Ismaila Sarr and one from Troy Deeney saw the Hornets end the Reds’ unbeaten run and move up to 17th in the Premier League table.

Arsenal and their fans would undoubtedly be pleased with Watford’s win as Liverpool’s hopes of going the season unbeaten are over.

However, Jurgen Klopp’s side are still 22 points clear at the top of the Premier League table. However, they’ll need to improve on their performances if they are to win all of the remaining matches.

After yesterday’s defeat, Liverpool next play Chelsea in the FA Cup on Tuesday, a fixture where Klopp could rest many first-team players. Following this match, the Reds take on Bournemouth next Saturday.