And right on cue, loads of Gooners are now getting rather excited about Maddison potentially coming to Arsenal some time soon, which, we’ll be honest, seems a tad ambitious.

Maddison has actually been linked with Arsenal in recent times, with Football Insider claiming manager Mikel Arteta has expressed a desire to bring the England international to the Emirates Stadium in conversations with close friends.

Maddison has shone for Leicester and would undoubtedly make a fine signing for the Gunners, but it’s hard to see them pulling another Nicolas Pepe-esque signing out of the hat two summers in a row. 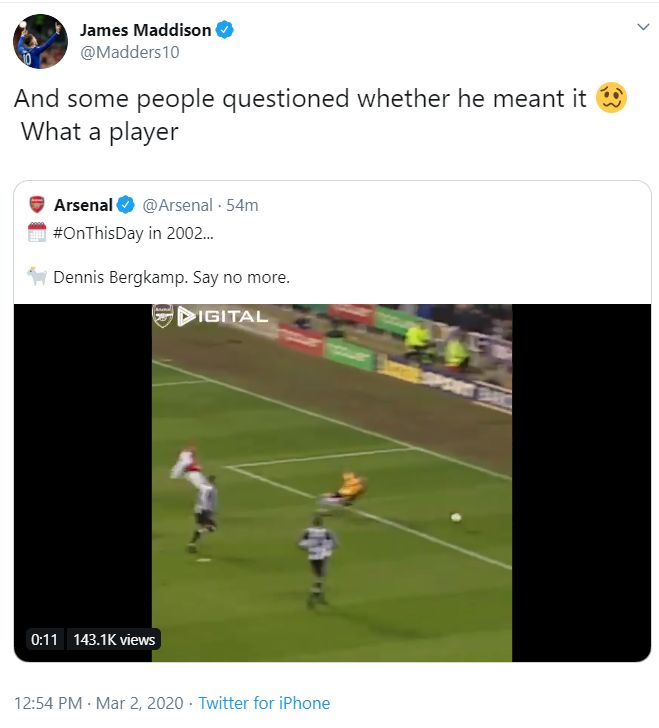 The north Londoners are not usually the biggest spenders, and one imagines it’ll be harder to lure a talent like Maddison to the club if they’re out of the Champions League yet again next season, which seems likely.

Still, this lot think the 23-year-old may be sending a little message to AFC with his tweet complimenting Bergkamp…

Come to Arsenal! We need someone to fill Bergamp’s boots

What are you waiting for ? Join us ??

Come to The Emirates madders ?

Come to the Arsenal ??