According to the MailOnline via Italian outlet Calciomercato, Arsenal are interested in making a summer move for Sassuolo star Domenico Berardi.

It’s claimed that Arsenal will send scouts to cast an eye over the forward in the coming weeks. The Mail claim that the 25-year-old is contracted until 2024, meaning a potential move could cost the big bucks.

Sassuolo find themselves 12th in Serie A, the Italian outfit’s mid-table season hasn’t impacted Berardi at all, the Italy international has been a fine performer this term.

The wide forward has contributed nine goals and registered five assists in 19 Serie A outing this season. 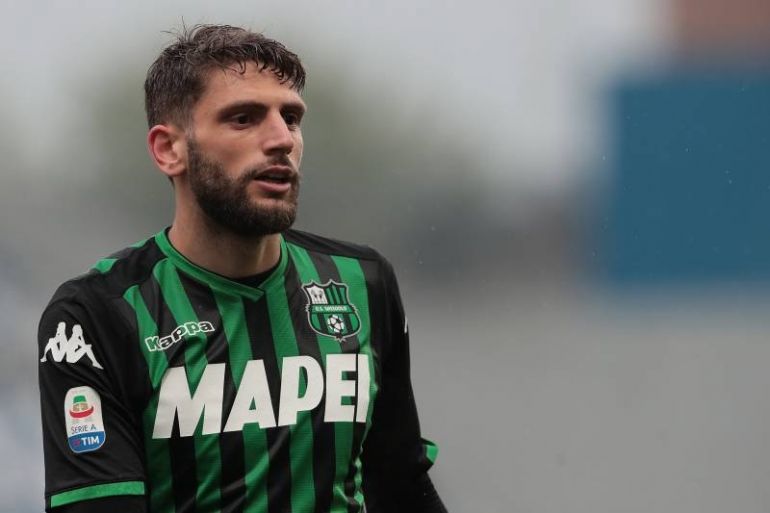 Berardi in action for Sassuolo.

Berardi is primarily deployed as a right winger, however the ace has also turned in some fine performances when used in a second striker role for Sassuolo this season.

Whilst Berardi is certainly a quality attacking player, perhaps Mikel Arteta should be more focused on strengthening Arsenal’s shaky and injury-prone defence.

Compiling a list of attacking targets now could work in the Gunners’ favour in the near future though, with the likes of Pierre-Emerick Aubameyang and Mesut Ozil over the age of 30 – it may be time for the north London outfit to consider long-term replacements for the superstars.