Everton striker Dominic Calvert-Lewin poked fun at himself and Manchester United goalkeeper David de Gea after his goal in their Premier League clash on Sunday.

The 22-year-old was rather fortunate to find the back of the net for Everton as they opened the scoring early on against Man Utd thanks to an absolute clanger by Red Devils goalkeeper De Gea.

As you’ll no doubt have seen by now, De Gea literally kicked the ball against Calvert-Lewin, only for it to then rebound into the goal to make it 1-0 to the Toffees.

Calvert-Lewin has now tweeted about it, joking that this comical goal is surely going to win the goal of the season award… 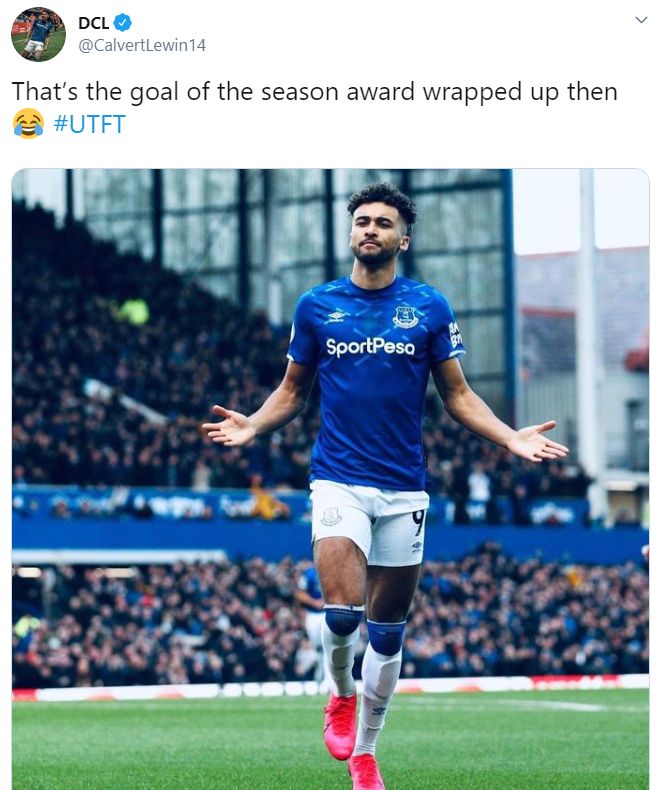 While we can think of a few awards this shocking piece of football could claim, it probably won’t be that one. Sorry, Dominic.

De Gea came under fire for this awful error, and United fans will hope the Spaniard can soon get back to his best after a worrying dip in form in recent times.