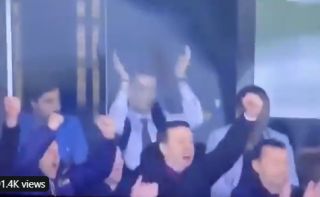 The Portugal international made his first return to the Bernabeu since leaving Real Madrid for Juventus in 2018, and he celebrated like a fan as his old club earned an important 2-0 win in La Liga.

Ronaldo won a fair few Clasicos himself back in the day, and it must have been strange watching one without being able to take part in it.

Then again, the same could be said of Lionel Messi after his anonymous performance in Barca’s defeat!