Timo Werner has made the rather intriguing decision to unfollow his current employers RB Leipzig on Twitter.

This will no doubt raise eyebrows at Liverpool, who have been strongly linked with the in-form Germany international for some time now.

MORE: Video: Liverpool fans fight each other after first PL defeat of the season to Watford

The Athletic have been among the sources to link Werner with Liverpool, and in this modern era of social media and so on, this surprise action by the player could be taken as a transfer hint ahead of the summer. 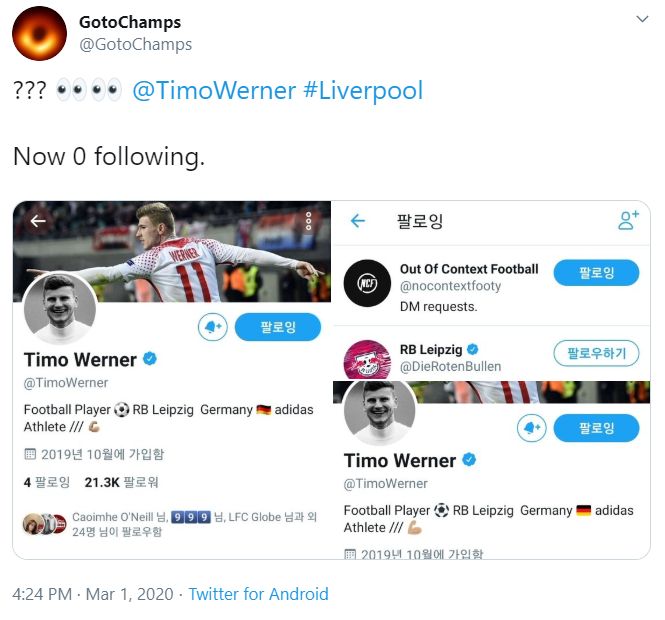 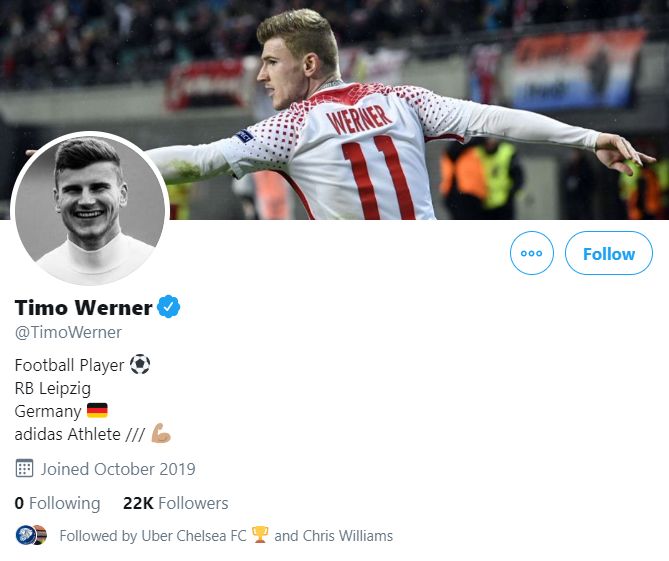 It also happens to follow Leipzig recently using a GIF of Werner to troll LFC after their 3-0 Premier League defeat to Watford on Saturday.

As we reported at the time, the Bundesliga club tweeted a GIF of the 23-year-old looking at a phone, with the implication being that he wasn’t too impressed to see that scoreline.

We can’t know for sure if that’s why Werner has now unfollowed his club, but it’s certainly interesting timing that he surely knows will get people talking.