Liverpool defender Joe Gomez has broken his silence on that big row that erupted between himself and Manchester City star Raheem Sterling earlier in the season.

The pair first clashed on the pitch at Anfield during Liverpool’s 3-1 Premier League win over City in November, and that was followed up by a further altercation when they met up on England duty.

Gomez prefers to stay out of the limelight and is a fairly low-key figure, so a big clash of this nature was rather out of character for him, and he’s admitted now it was strange to suddenly see his name all over the papers.

Still, in his interview with The Athletic, Gomez seems to suggest he still thinks it was a useful experience for him to go through something like this.

“I enjoy football, it’s my passion, but there are a lot of things that come with it, like the limelight,” he said.

“But I just like being with my missus, my kid and my friends. So I consciously choose not to be out there like that. So my main problem with that whole thing was just being thrown into something that I wasn’t used to. 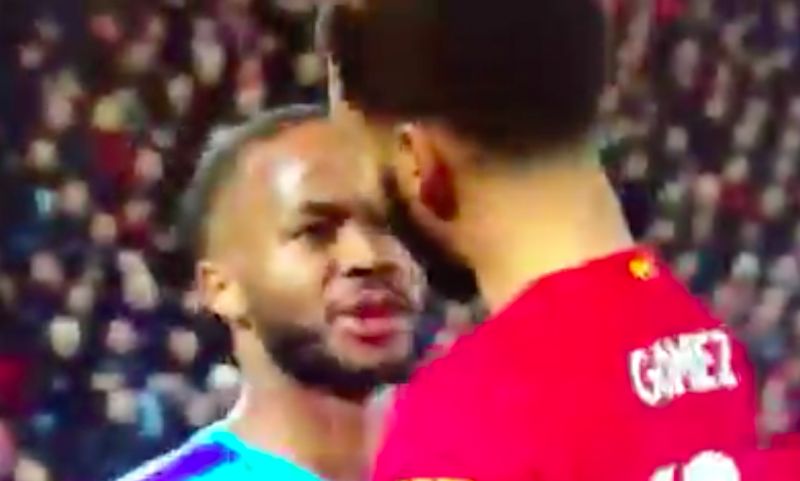 “If anything it has made me a bit more stand-offish. But in terms of the actual situation (with Sterling), what happened happened. We spoke. It was done. As a team it was done. So in my head it was done. It was just then that the game happened with the reception.

He added: “I haven’t really processed it. With what happened brings experience. I went out to train and I knew that the first session after it came out publicly, eyes were going to be on me. I was never used to that before. So, good or bad, it was an experience.”

Gomez has been a key figure for LFC this season, showing himself to be one of the finest young defenders in Europe after forging a strong partnership with Virgil van Dijk that has the Reds on the brink of the Premier League title.