Inter Milan striker Romelu Lukaku has stated his belief that Manchester United are on the right track under Ole Gunnar Solskjaer and will get back to where they want to be.

The Belgium international was speaking to fans in a question-and-answer session via Instagram, and one asked him what he thought about his old club Man Utd.

Lukaku, who left Old Trafford for the San Siro last summer, gave this positive response about his former employers… 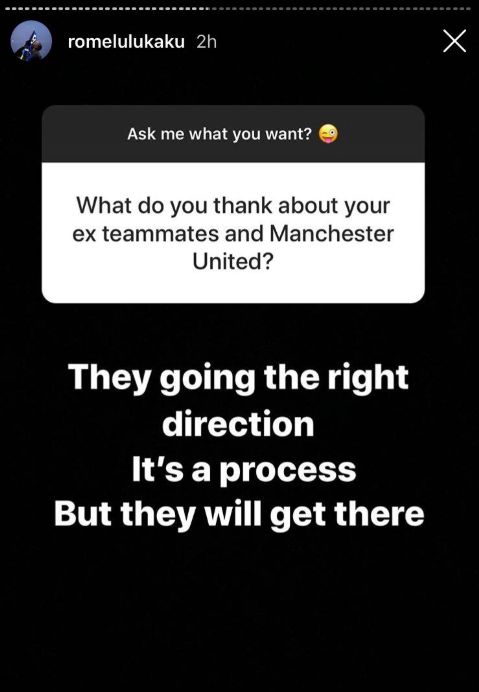 This is slightly surprising from Lukaku, who is so often an outspoken character and who could perhaps be quite justified in taking a pop at United after his difficult time there.

Still, MUFC fans will be pleased to see that it seems like he has faith in what Solskjaer is doing, even if some will no doubt still be on the fence about the Norwegian tactician themselves.

United remain fifth in the Premier League and face a fight to get that final Champions League spot, while many fans will no doubt be dismayed that their side was never in the title race at any point this season.