Ever since Luis Suarez started to realise that you can’t get away with biting people we didn’t really see any cases of it happening in British football, so this is an unwelcome return.

Kieran O’Hara is currently on loan at Burton Albion from Manchester United where he seems to be very highly rated, but this probably isn’t what they had in mind when he went on loan to make a name for himself.

As reported by The Sun, he allegedly bit Peterborough player Sammie Szmodics on the arm. It sounds like no official report was made at the time so it looked like he got away with it.

That’s now changed after new evidence which includes a photo taken by a fan has come to light, so you have to think he will face a big ban after this if found guilty. 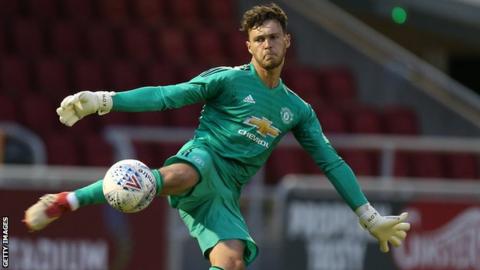 O’Hara in action for United

A report from Business Insider stated that Suarez was banned for ten games after he bit Branislav Ivanovic on the arm, but that was a second offence so perhaps O’Hara might get off with less.