There was barely a day that passed last Summer that didn’t feature a new story with an update on Neymar’s potential return to Barcelona, so it’s expected that next Summer will still be the same.

The biggest problem for Barca is trying to come up with the money to sign him, PSG are a very rich team and don’t need to sell, so including some players in the transfer seems like the most likely option.

READ MORE: Spurs offered the chance to sign Barcelona ace for €40m if they can offer him regular football

According to a report from Cuatro, Barcelona chiefs are hopeful of using Antoine Griezmann as part of their offer to bring Neymar back, but they would also be open to sending Osumane Dembele to Paris too.

The BBC reported That Griezmann cost €120m last Summer, while a separate report indicated that Dembele set Barca back €105m. Both of those amounts came before any add-ons, so that means around €225m of talent would be offered to PSG. 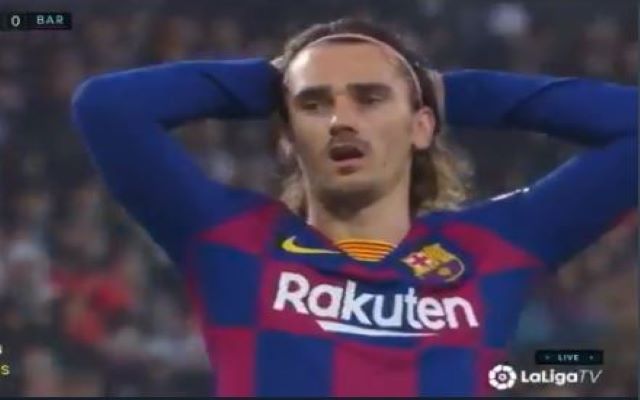 Griezmann hasn’t lived up to expectations so far

It’s not clear if they would also send some money to the Parisians to secure the transfer, but it could make sense from all sides.

Barcelona would get a great player back who would compliment and eventually take over from Messi, while PSG would have two ready made first team stars and won’t suffer from other teams charging inflated prices for potential replacements.

It’s worth pointing out that Griezmann has been poor and Dembele has his injury problems, so they might not be worth quite as much if they were to be sold right now.