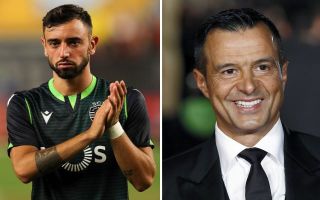 It feels like agents hold more power than players or clubs just now, but that could all come crashing down for one of the biggest names after a recent police investigation.

Jorge Mendes might be best known to British fans after The Evening Standard reported that he was his agent and played a big role in taking him to Man United, but he’s in huge trouble after reports emerged that police had conducted various raids in a money laundering investigation:

All of the big clubs in Portugal have seen their offices raided too as part of this, but it’s hard to tell exactly who is the prime suspect at this point.

It could be particularly messy when you think about a lot of the transfers that go down in Portugal, it seems that almost every one will involve a club retaining part of their rights or agents getting involved and holding a stake in a player, so it could be hard to track down the financial trail in some places.

It seems that Mendes also has some influence at Wolves which can be seen by the influx of Portuguese players into the club lately, but again it’s not clear if they are caught up in this yet.

It’s suggested that the transfers of players like Falcao and James Rodriguez are part of this investigation, so expect it to be long and drawn out.