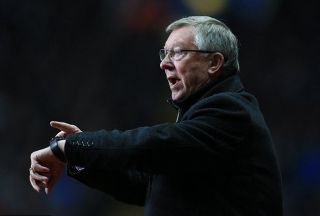 It’s one of the most iconic sights in English football…

So often we heard about ‘Fergie time’ and picture legendary former Manchester United manager Sir Alex Ferguson tapping his watch as he demanded a few extra seconds in which his side could score one of their many crucial goals on their way to winning their many titles.

We’re not sure precisely what kind of watch Fergie used to impatiently tap on, but modern managers would probably Shop Seiko Watches to go for something a little flashy with which to grab the ref’s attention.

More importantly, though, the myth about Fergie time isn’t even an accurate one, as Man Utd are not top of the list for most stoppage time winners.

Here is the real top six…

Out in front by some way are Liverpool, with 35 stoppage time winners in the Premier League era. Five of those have come since the start of last season, so perhaps we need to be starting to talk about Jurgy time pretty soon…

While it’s perhaps easier to imagine Arsenal conceding in stoppage time and complaining about some injustice, they’re actually ahead of Man United here with 25 goals that have delivered them all three points in time added on.

Here in joint-third are the Red Devils, with a surprisingly low 22 stoppage time winners. Still, they were clearly pretty efficient with the ones they did get, as they so often proved decisive in some tight title races down the years.

Level with United are…Tottenham?? This just doesn’t seem right to us, and yet here they are, the team behind the term ‘Spursy’ – an insult coined by opposition fans – have actually made opposition sides look a little Spursy on 22 occasions in the Premier League.

Close behind Tottenham is Chelsea with 21 stoppage time wins. While this does seem a bit surprising, it is, in fairness, hard to remember the last time the Blues won in a thrilling manner at the death; it just isn’t their style. They either score early and bore everyone by defending that lead for the rest of the game (see the Jose Mourinho era at Stamford Bridge) or just outplay everyone and win comfortably without the need for a last-gasp strike (see Carlo Ancelotti and Antonio Conte’s sides).

Another turn up for the books – Everton are perhaps here due to sheer longevity, having been one of the few ever-presents in the Premier League since its inception in 1992.