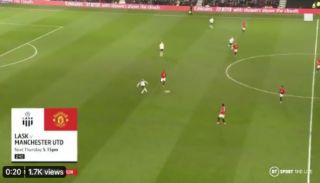 Although he now plays as a deep-lying defensive midfielder for Derby County, 34-year-old Wayne Rooney showed he’s lost none of his class as he faced his former club Manchester United in the FA Cup on Thursday night.

The former Red Devils striker sent a defence-splitting 60-yard ball from well inside his own half, to find team-mate, Jack Marriott, in the United penalty area.

Such was the accuracy of the ball, that the striker didn’t even have to break stride before he got his first-time shot away, forcing Sergio Romero into a full-length save.

He’s 34, and playing CDM, but Wayne Rooney can still pick out a magical pass ?#EmiratesFACup pic.twitter.com/eeCjhyr9SS