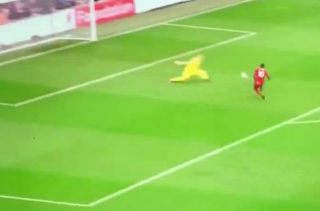 Liverpool fell behind to Bournemouth on Saturday, but goals from Mohamed Salah and Sadio Mane quickly restored order at Anfield.

Callum Wilson broke the deadlock early on to create some nerves for the Merseyside giants, who haven’t been in great form in recent games.

However, they produced a brilliant response with Salah first drawing them level with a top finish, before Mane completed the comeback with a composed finish in a one-on-one, as seen in the video below.

It came after a beautifully weighted pass from Virgil van Dijk, with Liverpool going into the half-time break with a lead to protect as they look to take another big step towards securing the Premier League title this season.

My word, this is clinical from Liverpool ?

Not quite how they planned in but Liverpool now lead at Anfield #LIVBOU pic.twitter.com/Bu9OqIZC53