The Nigerian international joined the Red Devils on loan from Chinese club Shanghai Greenland Shenhua. Ighalo’s transfer raised a few eyebrows but he has had a pretty decent start to his Man United career, scoring three goals in seven appearance across all competitions so far.

Wright heaped praise on the 30-year-old striker for his performances. As quoted by Express, the Arsenal legend said: “I was hoping that Ighalo could just come in, get himself fit to a certain level, score the goals like he’s done in Europe and in the FA Cup and then go on to win it in the Premier League. So far my wish has come true in respects of him scoring because when somebody does something like that, the amount of people that are taking encouragement from him being there and doing that, it’s a magnificent thing what’s happening for him.

“So you just hope that he can get himself fit, score more goals for Man United in the Premier League so people can see ‘Yes, you can take chances on people like that’.”

Ighalo has had a better start to his United spell than everyone expected and with Marcus Rashford out injured, the Nigerian international could receive some first-team opportunities and Ole Gunnar Solskjaer would expect to see him produce solid performances up front.

The 30-year-old came on as a sub during the final minutes of today’s Manchester Derby at Old Trafford which the Red Devils won 2-0 thanks to goals from Anthony Martial and Scott McTominay.

United’s next fixture is the first leg of their Europa League last 16 tie against Austrian club LASK. 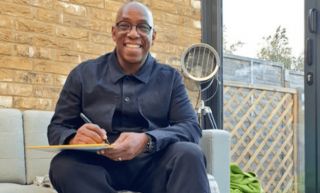