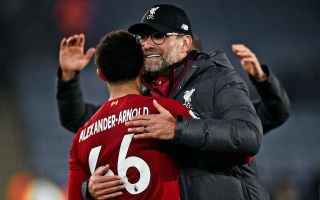 Liverpool starlet Harry Wilson has admitted he may have a decision to make over his future this summer after his loan spell at Bournemouth this season.

The 22-year-old has had a fine campaign with the Cherries, though he’s perhaps not done quite enough to show he could be a regular in Jurgen Klopp’s all-conquering Reds side.

Wilson has long looked a promising talent and one for the future at Anfield, and he has admitted in an interview with BT Sport, as quoted by the Daily Express, that he still wants to be at Liverpool.

However, he has also hinted he may have to think about moving elsewhere this summer after managing to play regularly at Premier League level in Eddie Howe’s side this term.

“I feel like I’ve got that decision to make in the summer,” he said.

“I feel like my last two years of loans have been good and this one has been positive for me as well.

“I’m finally in the Premier League which is what I’ve worked towards.

“In the summer I will be concentrating on Wales but once that is done, I may have a decision to make.”

LFC have plenty of competition in their squad and there doesn’t seem to be much room for Wilson at the moment.

That said, Adam Lallana is approaching the end of his contract and Xherdan Shaqiri hasn’t played much in recent times, so Wilson could perhaps hope for a squad player role at Anfield, even if that isn’t perhaps as ideal as starting week in, week out.