Barcelona’s 2020/21 home kit has been leaked as per a report in Footy Headlines.

It’s also the tenth anniversary of Barcelona’s 2010/11 season and the kit draws inspiration from the kit of that successful season for the Catalan club.

As seen in the pictures below, the Barcelona kit for 2020/21 has thin gold stripes embroidered between the traditional red and dark blue stripes on the front and back. 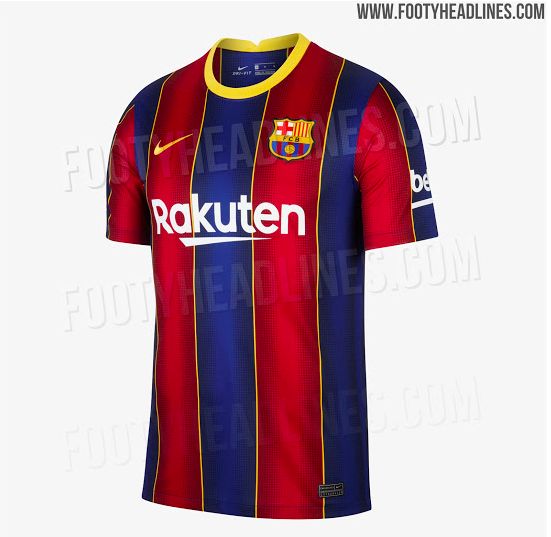 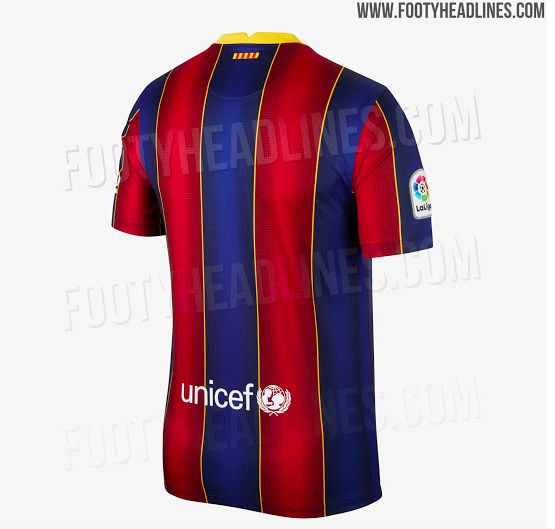 The kit is similar to the kit Barcelona wore in the 2010/11 season and this new Nike 2020/21 home kit has a yellow neck and two red stripes on the front, sleeves and back sides. 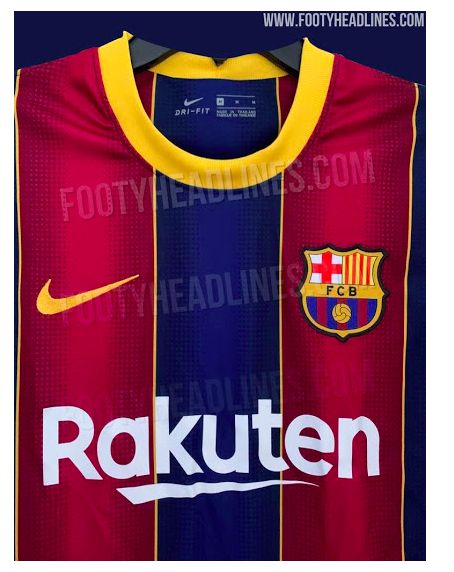 The home kit is certainly one for the future drawing on inspiration from the past and brings back fond memories for Barcelona and the club’s fans.