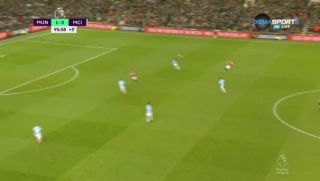 With bragging rights up for grabs in the Manchester derby, Scott McTominay provided a magnificent end to proceedings after another howler by Manchester City keeper, Ederson.

Deep into injury time and with the United faithful begging referee, Mike Dean, to blow for full-time, Ederson’s ill-judged throw landed at the feet of the marauding McTominay.

Without a moment’s hesitation, the midfielder unleashed a curling 40-yard shot which went found its way into the empty net, sparking pandemonium in the stands and on the United bench.

First time from Scott McTominay with Ederson off his line and that’s the Manchester Derby wrapped up for United!#OptusSport #PL #MUNMCI pic.twitter.com/l5j0FZCFLh