The Brazil international is edging ever closer to becoming a free agent this summer, and it’s understandable that many of Europe’s top clubs would be keen to snap him up in this situation.

It seems Manchester United have now registered their interest in Willian, according to RMC… 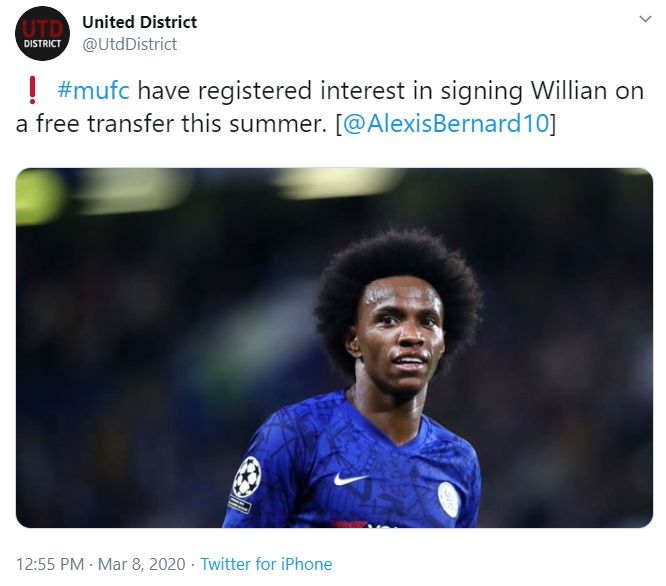 Willian has long been one of the top performers in the Premier League, enjoying a fine career at Chelsea to win two Premier League titles and other major honours.

It seems clear the 31-year-old could strengthen Man Utd right now, with the Red Devils looking for upgrades to their current attacking options.

Jesse Lingard and Juan Mata have had disappointing seasons, and Willian could be an upgrade in Ole Gunnar Solskjaer’s squad.

MUFC have raided CFC several times in the past, signing Mata and Nemanja Matic directly from the west Londoners, while Romelu Lukaku also ended up in Manchester despite being offered a return to Chelsea from Everton.