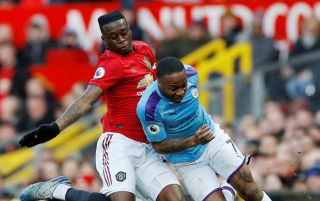 Pundit Garth Crooks was hugely impressed by the performance of Manchester United right-back Aaron Wan-Bissaka in the 2-0 win over Manchester City.

The 22-year-old has had a mixed first season at Old Trafford, but has really grown in stature as the campaign has gone on, and he was superb in shackling both Raheem Sterling and Benjamin Mendy in the Manchester Derby on Sunday.

Crooks has now included Wan-Bissaka in his Premier League team of the week on BBC Sport, and it’s hard to argue with that choice.

In discussing Wan-Bissaka’s performance, Crooks paid the young defender a huge compliment by saying he thinks he’s the best timer of a tackle he’s seen in years.

He said: “This was no ordinary contest, this has become personal. I’ve seen these two go at it before in a derby and it makes for great viewing. I have to say Wan-Bissaka came out on top on this occasion and I suspect Raheem Sterling won’t like it.

“In the end Sterling went up front and Benjamin Mendy tried to use his pace and power to bully his way past the Manchester United right-back – but to no avail. This lad is one of the best timers of a tackle I have seen in years.” 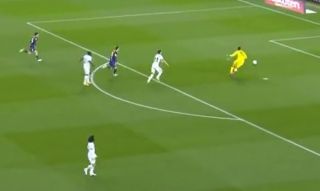 That might be stretching it a bit, but there’s no doubt United have a quality young player on their hands here, and that the England Under-21 international can be a key performer for them for years to come.

Wan-Bissaka has been one of a few impressive signings made by Ole Gunnar Solskjaer now, with Harry Maguire and Bruno Fernandes also looking particularly good purchases, while Daniel James has burnt out a bit after a bright start.