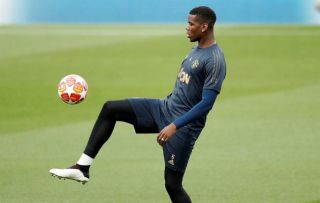 Manchester United midfielder Paul Pogba is spending extra time training in order to get back to full fitness and return to action for the club.

The France international has barely played for the Red Devils this season and it remains to be seen how much time he really has to make an impact before the end of the campaign.

Still, according to the Manchester Evening News, Pogba is staying behind for extra training sessions in a bid to work his way back to peak condition after such a lengthy spell out of action.

Man Utd fans will surely be pleased to see this from Pogba, whose attitude has often been questioned during an up-and-down career at Old Trafford.

The 26-year-old hasn’t always performed at his best in this side, and while that is forgivable, a lack of effort and desire is not.

Many feel Pogba has been too distracted by activities away from the pitch, and pundits have been quick to single him out for criticism.

Some of that has been well over the top, but it’s still encouraging to see Pogba is now putting in the extra work to get back on the pitch and fans will hope it can have the desired effect.

Many MUFC supporters have tweeted their excitement at finally seeing January signing Bruno Fernandes link up with Pogba and another injured player Marcus Rashford when they return.