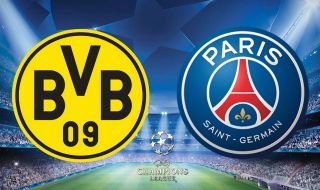 Paris Saint-Germain’s game against Borussia Dortmund in the Champions League this Wednesday night is to be played behind closed doors because of concerns over the outbreak of coronavirus in Europe.

Dortmund lead 2-1 from their first game in Germany, but they’ll have to try to make a comeback at the Parc des Princes without the support of their home fans, according to Reuters.

MORE: Fans could be banned from Premier League games due to Coronavirus outbreak

Coronavirus originated in Wuhan, Hubei, China earlier this year, but has now made its way to Europe, with the illness seeming to spread particularly quickly in Italy.

This has led to a number of Serie A games being played behind closed doors, and it now seems this is set to happen in the Champions League as well.

According to Forbes, the second leg of the clash between Barcelona and Napoli could also be played behind closed doors, with the local government in Catalonia also concerned about the possible spread of coronavirus.

It will be interesting to see how many more games might have to be played in empty stadiums between now and the end of the season, and we of course hope games don’t have to be cancelled altogether.