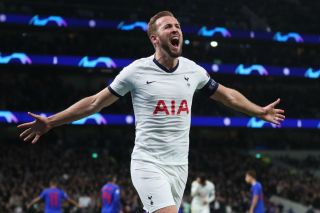 Amid their struggles on the pitch in recent weeks, Tottenham have been handed some good news as talisman Harry Kane is making progress in his recovery from injury.

Spurs are now without a win in their last five games across all competitions, as they crashed out of the FA Cup, face a deficit in their Champions League tie with RB Leipzig and slipped to being seven points adrift of fourth-placed Chelsea in the Premier League.

Having scored just five goals in those five games, their lack of quality in the final third is certainly a problem, especially given both Kane and Heung Min-Son are both currently sidelined due to injury.

With that in mind, Jose Mourinho could certainly do with getting that influential duo back available and fully healthy as soon as possible, and it looks as though Kane is moving in the right direction.

As seen in the video he posted below, the talismanic Tottenham captain is back training doing individual drills, and he was seen doing work with the ball too, which based on his caption he was clearly delighted about.

It’s a big step in his recovery from a hamstring injury which required surgery in January, and he’ll be hoping that he can return in the coming weeks to give his side a huge lift in their bid to at least qualify for the Champions League again next season.

With nine league games to go, he could still prove to be decisive if Tottenham can keep themselves in the frame until he returns as he has bagged 17 goals in just 25 games so far this season as he remains fundamental to his side’s chances of success.

Love being back on the grass with a ball at my feet ?? pic.twitter.com/9b8klAmFmw