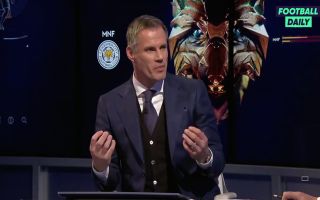 The retired England international added that the ace does enough to ‘impress people on YouTube’, but there’s ‘not enough’ across 45 or 90 minutes to ‘justify’ his price-tag.

According to BBC Sport, the north London outfit parted with £53.8m to sign the star from Lyon last summer.

Mourinho slammed Spurs’ marquee signing after their draw to Burnley on the weekend. As per BBC Sport, the three-time Premier League winner said that Ndombele ‘has to give us more than he is giving us’, adding that the midfielder has to do ‘much better’.

?"There's a difference between great talent and a great player, he's almost someone like a YouTube player" pic.twitter.com/mN2qYlhb6N

Daniel Levy may have overruled Jose Mourinho as he insists that star gets a second chance July 31, 2020 20:52
Tottenham FC