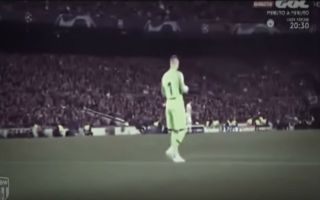 It’s clear that Barcelona need to complete a major rebuild over the next few years, so the last thing they need is to let any star players go.

The goalkeeping position may not be their first priority, but it’s often overlooked just how good Marc-Andre ter Stegen actually is, and it means they haven’t had to worry about the position.

There’s not exactly an abundance of top class keepers who can play in the sweeper style that Barca need, so getting him locked into a new deal should be a priority, but there’s now a big problem with that:

The Germany goalkeeper wants to become one of the top earners at Camp Nou ?

It’s fair to say that he’s one of the best keepers in the world, and plenty of rich clubs have issues between the sticks, so someone like Bayern or PSG could look to sign him if he does become available.

It’s possible that Barcelona don’t value him enough to make him one of the highest earners at the club, they might even decide they could use those wages somewhere else in the squad.

If he does leave then they might have to take a risk on an unproven keeper who could cause even more issues, so this is something that they should try to sort out soon.