Anyone who has seen the image of Ronaldinho’s Paraguayan passport can see it’s obviously fake, but it’s starting to become clear that he is in a lot of trouble.

AS reported on the latest with his situation, and he’s going to remain in prison after a judge refused to grant the former Barcelona star and his brother house arrest.

The report goes on to suggest that the main reason for this was down to fears that they might try to escape due to the increased publicity that the case is taking on, so they are stuck for now. 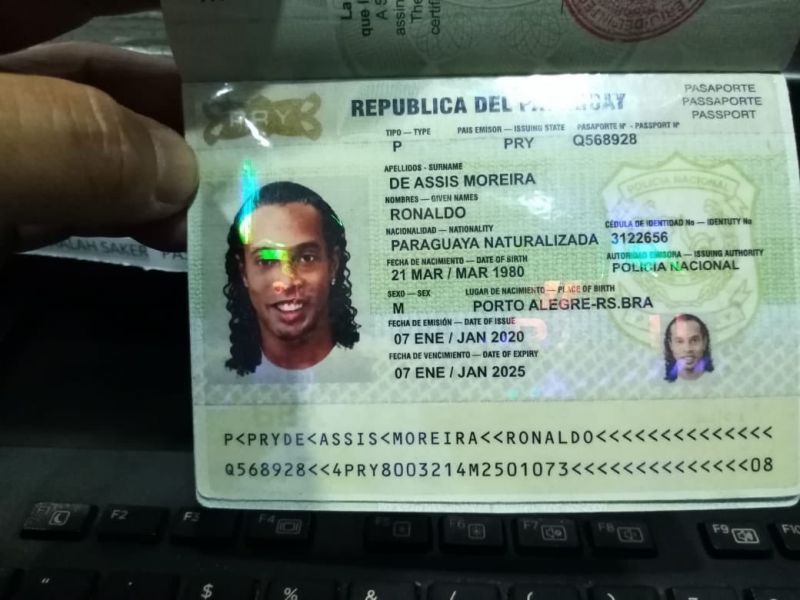 The passport in question

The report also seems to indicate that their defence is that they were given these passports as a gift and didn’t understand how big a problem they would be.

The biggest problem for Ronaldinho is he is world-famous and instantly recognisable, and he’s known for being one of Brazil’s greatest ever players – so turning up with a passport claiming to be Paraguayan was always going to get noticed.

It’s really not clear what his final punishment will be at this point, but it sounds like it may take a while to find out.