Barcelona have trolled Cristiano Ronaldo with a tweet revealing Lionel Messi has moved ahead of the Juventus star on all-time league goals in Europe’s top five divisions.

Messi is now on 438 league goals in his career, and one imagines he and Ronaldo will swap places at the top of this list a few more times in the near future.

Still, it’s an incredible achievement from Messi, who, being a couple of years younger than Ronaldo, will surely go on to finish higher than the Portuguese goal machine. 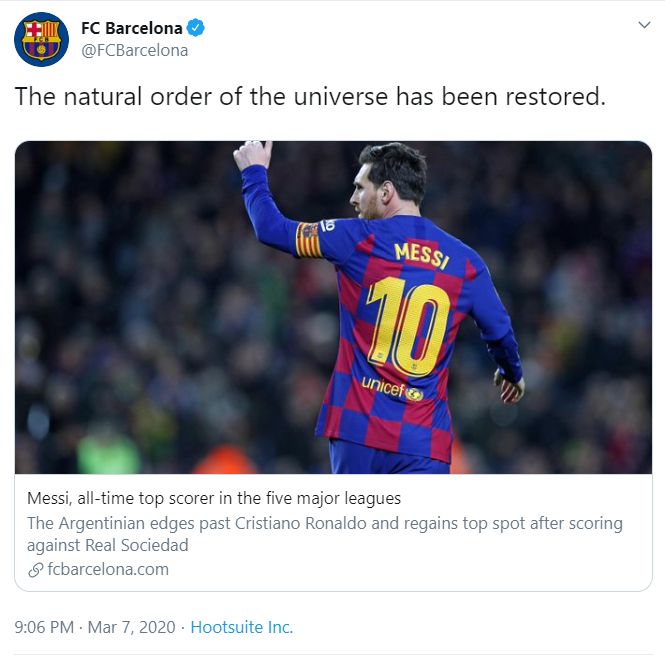 Barcelona were clearly happy with Messi’s feat, no doubt due to Ronaldo’s Real Madrid connections.

Many of the 35-year-old’s goals were scored for Barca’s arch rivals during his time in La Liga, when he and Messi would regularly fight it out to determine who was the very finest footballer on the planet.