It looked like Barcelona’s hopes for this season would hinge on how much of an impact Martin Braithwaite could make, but they may have some magnificent injury news.

Things are already looking up after Real Madrid’s slip up away to Real Betis gifted them first spot in La Liga again, and now it seems like Luis Suarez is getting closer to a comeback.

As reported by Football-Espana, he was pretty much expected to miss the rest of the season, but now it sounds like he could be available before May.

It’s reported that he’s already able to run on the injured knee and is able to do some ball-work, so it’s tentatively been suggested that he could come back in mid April. 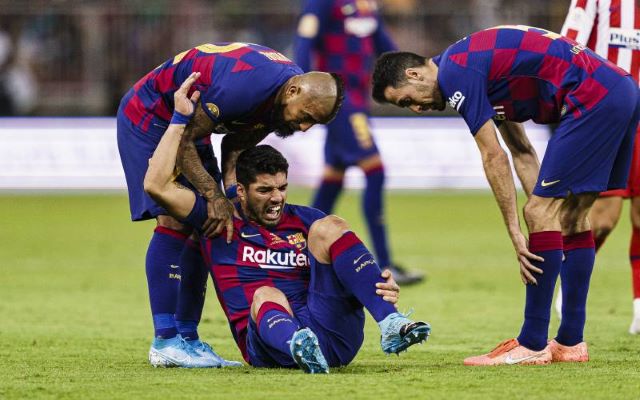 Suarez has been out since January with an injury

The news does have to come with some caution – Suarez is no stranger to a long absence from the team and he often struggles to get back up to speed straight away when he does return, but even his presence could make a difference.

This Barca team is currently being held together by Lionel Messi and then a lot of average or under-performing players, so having another star name on the pitch will at least take some of the attention away from the Argentine and possibly give him more space.